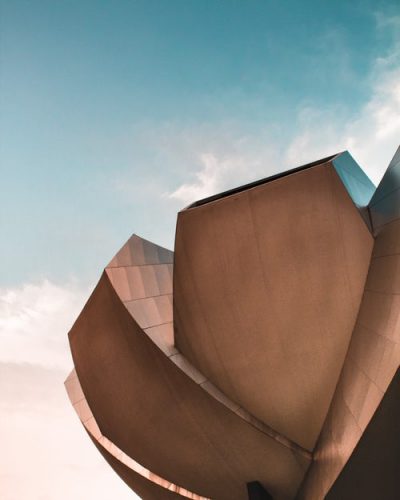 At the least, wastewater from oil and gas drilling should be treated in a waste treatment facility before it is used on dirt roads to suppress dust or deice roads. At the best, affordable, nontoxic dust suppressants should be developed and used, according to a multidisciplinary team of researchers.

“Thirteen states in the United States have regulations that allow oil and gas wastewaters to be spread on roads for deicing or dust suppression,” the researchers report today in Environmental Science & Technology.

The team analyzed regulations across the U.S. to determine where this wastewater can be used for dust suppression and deicing. While 13 states have regulations that permit its use, other states may allow wastewater spreading on roads under their land spreading regulations, which could mean four additional states may be included among those that use the wastewater.

The wastewater in question comes from conventional oil and gas wells that are typically drilled vertically. The wastewater is not the fluid used in directionally drilled and hydraulically fractured wells, such as the Marcellus wells.

“Oil and gas wastewaters are known to have high salt, organic and radioactivity concentrations,” said Travis L. Tasker, graduate student in environmental engineering, Penn State. “When we found out that this wastewater was being spread on roads, we wanted to evaluate its potential to cause biological toxicity and accumulate in road material or migrate into water resources.”

Analysis of oil and gas wastewater shows that it has a high salt content containing sodium, calcium, magnesium and strontium, which may make it ideal for dust suppression and deicing.

“We would like to do experiments to test how effective the wastewaters are at suppressing dust in comparison to other commercial products,” said Nathaniel R. Warner, assistant professor of environmental engineering, Penn State. “If the salts in the wastewaters are just as effective, then new regulations or additional treatment prior to spreading could help reduce the concentration of other contaminants of concern that exist in wastewaters, but not in commercial products.”

These other contaminants of concern may include radium or other micropollutants the team found in wastewaters spread on Pennsylvania roads.

“Radium is known to cause cancer, so we are concerned if it is spread on roads in high concentrations,” said William D. Burgos, professor of environmental engineering, Penn State.

The researchers collected wastewaters from townships in Pennsylvania that spread wastewaters and did simulated lab experiments to see where the contaminants in the wastewater end up. They found that the salts wash off in subsequent rain, but that some of the metal contaminants, such as lead, remain on the road surface and are not washed off. Some of the radium stays in the road, but some of it washes off in rain events.

While organic materials, radium and heavy metals can all be a problem in the wastewater, another problem with the mixture is high salt. Conventional wastewater treatment can remove some of the contaminants, but it cannot remove or lower the salt concentration. If oil and gas wastewater were to be used as a dust suppressant or deicer, the researchers suggest that at a minimum, wastewater treatment should be used to remove organics and radium beforehand.

Although the researchers recommend that alternative, inexpensive material be developed to replace the oil and gas wastewater in places where it is used, they understand that many of these places cannot afford currently available alternatives. Municipalities would be faced with either using the wastewater, or not deicing or suppressing dust.

Researchers from the department of biological sciences, University of Alberta, Edmonton, Canada included T.A. Blewett, P.L.M. Delompré and G.G. Goss were also part of the team.